Composition alum Austin Wintory (’07) has composed the music of “John Wick Hex,” a new video game based on the popular John Wick movie series. Wintory is best known for his GRAMMY-nominated score for the game “Journey” and his score for “Assassin’s Creed Syndicate.”

Lionsgate and game developer Bithell Games made the announcement of Wintory’s involvement with a video featuring Wintory and his collaborators stylized as video game characters building the soundtrack. “John Wick Hex” was released on October 8 for PC and Mac. 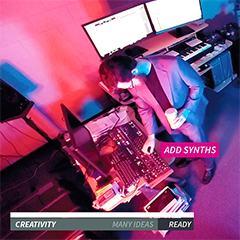