Composer and USC Thornton alumnus Bear McCreary (’02) was one of the winners in the Most Performed Themes & Underscore category at the 2022 ASCAP Screen Music Awards. He won the award for his score for the Apple TV+ series Foundation.

McCreary is an accomplished film and video game composer who has scored many projects including Battlestar Galactica, Sony PlayStation’s God of War and the Academy-Award-nominated documentary Crip Camp. 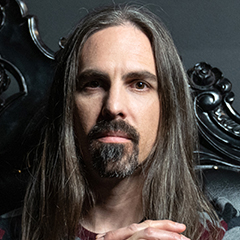