USC Thornton alums Ben Bram (’10, music industry) and Scott Hoying won their second GRAMMY Awards last night for their arrangement of Pentatonix’s “Dance of the Sugar Plum Fairy,” from the a cappella super-group’s “That’s Christmas to Me” album. For the second straight year, the duo won for Best Arrangement, Instrumental or A Cappella, the same category in which they won GRAMMYS in 2015 for their track, “Daft Punk.” 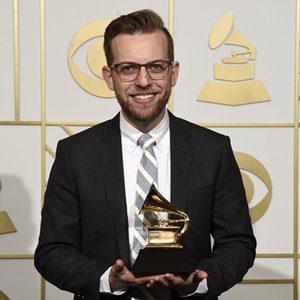