USC Thornton Jazz Studies chair Bob Mintzer will take part in the Manchester Craftsmen’s Guild’s 30th anniversary season. The series of shows will celebrate both the jazz legacy of Pittsburgh and the history of the venerable North Side venue.

The season opens on September 23, 2016 with vocalist Bobby McFerrin. Mintzer will perform with his Bob Mintzer Big Band and the New York Voices on March 31 and April 1, 2017. Mintzer is a GRAMMY Award-winning saxophonist, composer, arranger and educator. He played with the Buddy Rich Big Band and the Thad Jones Mel Lewis Big Band, and he wrote for and performed with jazz luminaries such as Art Blakey, Joe Chambers and Tom Harrell. He started the Bob Mintzer Big Band in 1983, and over 23 years his band has recorded 14 albums. In 2001 he won a GRAMMY for his album Homage to Count Basie. Their latest album, Get Up!, was released in 2015. 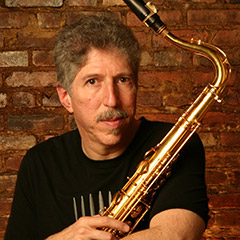