The up-and-coming ensemble was also selected to compete in the Coleman Chamber Ensemble Competition Finals in April of this year, followed by the Fischoff Chamber Competition in May.

The Cardinal Winds will be the featured performers at the Clyde Montgomery Concert in Pasadena on March 29. 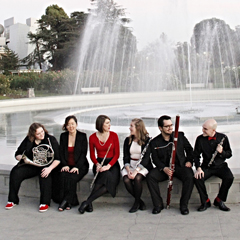