USC Thornton Choral & Sacred Music alumnus David Means (DMA ’97, choral music) is the founder of the Valley Choral Artists, South Texas’s first semi-professional chamber choir. He formed the ensemble in 2013 after he was appointed Director of Choral Studies at the University of Texas Rio Grande Valley.

Following a highly successful 2015 performance of selections from Handel’s Messiah, the Valley Choral Artists raised sufficient funds to repeat the program in 2016. This year, it hopes to raise $20,000 to fund its first full season. If successful, the Valley Choral Artists will officially become a professional ensemble in South Texas. According to Means, “It will be the beginning of what I hope will become the area’s premier music making ensemble.” 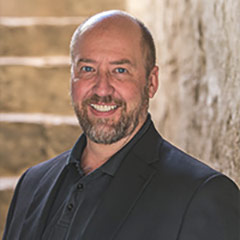