Though the 2016-17 season is winding down, composer and USC Thornton alumnus Saad Haddad (’14, composition) continues to travel the globe to share his music. Recently awarded the Charles Ives Fellowship from the American Academy of Arts and Letters, as well as the Grand Prize at the S&R Foundation Washington Awards, Haddad spent five weeks in Italy for a residency with the Bogliasco Foundation. From there, he travels to Key West and Toronto for residencies and workshops.

Haddad’s music is also being performed across the country, with premieres by the Sioux City and New Jersey Symphony Orchestras and performances of works in Los Angeles, Winston-Salem, Detroit, Orlando, Washington D.C., and more. 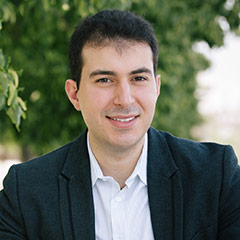