Westminster Choir College, a music conservatory associated with Rider University of Princeton, New Jersey, has named its Playhouse venue in honor of Robert L. Annis (MM ’74, clarinet), an alumnus of USC Thornton, who served as Choir College’s dean from 1992-2014. The historical Playhouse, which was renovated in 2015, has occupied a central role at the conservatory, playing host to performances by some of the world’s leading musicians and conductors. 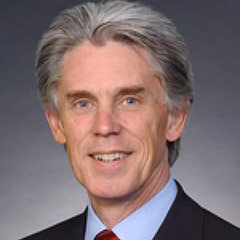