Daedelus to release new album, the Bittereinders, on Brainfeeder

USC Thornton Jazz Studies alumnus Alfred Darlington (’00), widely known as Daedelus, will release a new album on Sept. 20. The Bittereinders will close out his End of Empire musical trilogy, which also includes Righteous Fists of Harmony (2010) and The Light Brigade (2014).

Like the previous installments of his trilogy, The Bittereinders is inspired by a historical conflict, the Second Boer War. “From the belief that contemporary events are too difficult to address,” he explains, “I’ve reached back into history to relate some of what is largely forgotten to directly look into the ravages which continue to echo.” You can listen to a track and pre-order the album here. 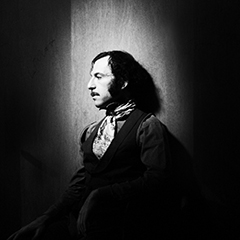