The album was recorded in part at Weidlein’s Silver Lake-based recording studio, BioSoul Music, and was produced entirely through crowd-funding platforms and community support, without the aid of a record label. As a musician, composer and producer, Weidlein has released a number of albums of his own, such as his 2019 release Winter’s Lullaby, as well as producing albums for artists such as Blake McGrath and Luke Edgemon. 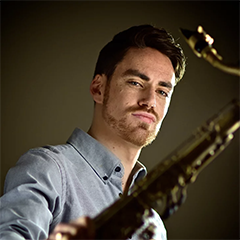