Marylin Winkle, a DMA candidate in the USC Thornton Early Music Performance program, has received a “Scenie” award in the category of Outstanding Original Music & Live Performance for her work on the Skylight Theatre’s production of Lord of the Underworld’s Home for Unwed Mothers. Winkle composed and performed cello interludes for the play, with was staged from March to May of 2017. In a review, F. Kathleen Foley of the Los Angeles Times wrote that Winkle’s music “beautifully [underscored] the proceedings.” 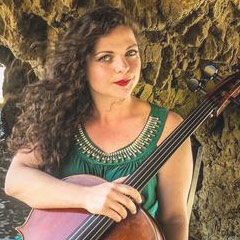