DownBeat magazine recently interviewed the members of the legendary jazz group Yellowjackets, which includes USC Thornton faculty members Russell Ferrante, Willl Kennedy and Bob Mintzer. The group spoke about their latest album, Jackets XL, which DownBeat calls “vibrant” and “robust.” Throughout the interview, the group speaks about the creation of some of the album’s tracks and how they worked with the WDR Big Band of Cologne, Germany, which Mintzer leads.

“There’s something about finding your home when you do a recording with your band. You need to find your space and your sound, and your voice,” said Kennedy, the band’s drummer and a faculty member in the Popular Music program. “Bob really did a great job arranging the material around what we already do as a band. And that was enhanced by the WDR Big Band.” 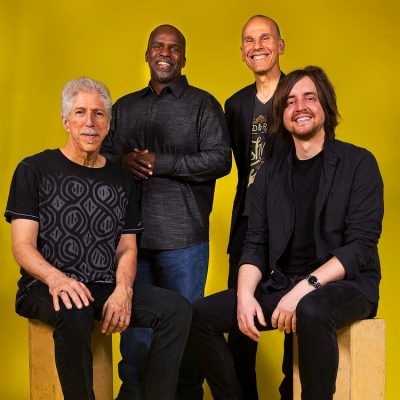