Doctoral Candidate in Choral Conducting at USC Thornton Ernest Harrison has been named the Music Director and Conductor of the Gay Men’s Chorus of Los Angeles (GMCLA). Ernest will begin working with GMCLA in December to work on season concert plans, and will begin his full-time podium position beginning in January. His first main-season concert will be “The California Sound” in April 2020 at the Alex Theatre in Glendale, when the chorus will premiere two new works by Composition faculty member Frank Ticheli.

Harrison was chosen after a long nationwide search. He is an experienced conductor, singer, and educator and has been given a lot of praise from Southern California’s elite group of choral conductors. Harrison also currently teaches private voice at USC Thornton in the choral department and has taught undergraduate choral conducting at USC Thornton as well.

GMCLA is one of the country’s longest-running and largest LGBTQ arts organizations and is deeply rooted in the Los Angeles community. Founded in 1979, GMCLA has been hailed for presenting meaningful entertainment. 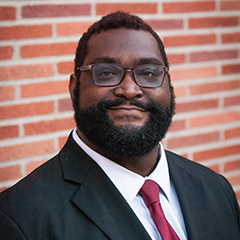