USC Thornton composition program alumnus George Shaw (BM ‘04) composed the score for DreamWorks animated series Abominable and the Invisible City, the follow-up from the 2019 feature film. The score of the animated series, which was released on Oct. 5, incorporates Chinese culture with solo violin, clarinet and saxophone instrumentals.

“In order to bring Chinese authenticity into the score, I very consciously tried to use a lot of Chinese instruments”, Shaw said about creating an authentic score. “I feel like bringing authenticity into the sound of a score, it just makes it more realistic, more relatable to wider audiences versus relying on these Hollywood troupes that have been used over and over. My hope is that seeing this culture on screen will help kids like myself to realize that it’s not uncool, you know. It’s certainly something to embrace.”

Abominable and the Invisible City are now streaming on Hulu and Peacock, and the soundtrack is available on streaming platforms. 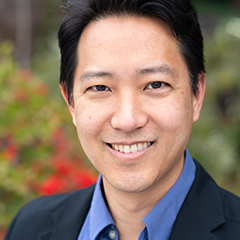