Jae Deal is an award-winning composer, music producer and orchestrator known for his pop, gospel, and hip hop arrangements. Deal is also a session keyboardist, programmer, and bassist who has worked with several prominent artists including Lady Gaga, Snoop Dogg, Diddy, Ne-Yo, and Wynton Marsalis.

Deal is a featured musician on the 2020 release of Ty Dolla $ign, Featuring Ty Dolla $ign. In 2019, he was the curator, music director and a producer of a Jammcard event that honored George Clinton and featured Ice Cube, Cee-Lo Green, Anderson Paak., and Flea.

From 2008 to 2020, he was an orchestrator for Janet Jackson’s world tours. Deal has also contributed to projects for Elton John, Jill Scott and songwriter Diane Warren, performed with the Baltimore Symphony Orchestra and served as musical director for Kirk Franklin’s Youth Ministry at Faithful Central Bible Church. More recently, he was a winner of the 2016 International John Lennon Songwriting Contest in the Hip-Hop category with co-composer Tia P. Later in the same year, the two were the first international winners of Australia’s Vanda & Young Songwriting Competition.

Deal earned a bachelor’s degree in Pure Mathematics from Morgan State University and is currently developing a topological methodology for analyzing and composing music. Prior to joining the faculty at USC, Deal developed and wrote the Songwriting I curriculum for the Los Angeles College of Music and taught Music Business classes at the Musicians’ Institute in Hollywood, CA. 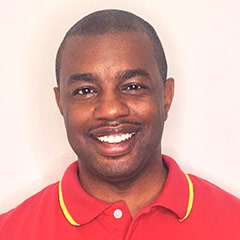