In July, Hallberg will travel to Strasbourg, France to perform at the 17th World Saxophone Congress, which is held every three years. Hallberg will premiere a piece written for him by Frederick Lesemann, former chair and professor of Composition at USC Thornton. 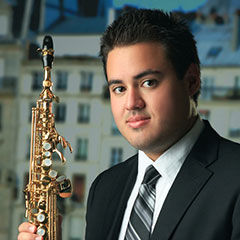