USC Thornton Screen Scoring faculty member Jon Burlingame will be the host for Disney Music Group’s new podcast, “For Scores.” In each episode, Burlingame, who is a regular contributor to Variety, will interview television and film composers from, Disney, Marvel, Pixar, Lucasfilm and 20th Century Fox.

Burlingame’s personal connections with the composers will give listeners an inside look into the process of creating Hollywood’s most significant scores. “We’re incredibly fortunate to work with such a well-respected journalist and expert in music for films and television,” said Robbie Snow, senior vice president of marketing at Disney Music Group, of the USC Thornton faculty member. “Jon’s rapport with these composers has evoked poignant and personal accounts of their scoring processes.” 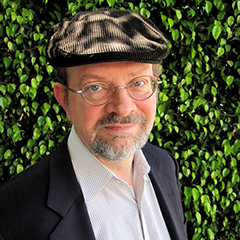