On March 6, USC Thornton Screen Scoring alumnus Jongnic Bontemps (GCRT ’12) conducted excerpts of his score for the new HBO documentary United Skates in a concert sponsored by the Television Academy to celebrate the launch of its new category for Best Documentary Score. John Legend, who produced the film, personally introduced Bontemps prior to the performance.

The acclaimed documentary was premiered at the Tribeca Film Festival in 2018 and centers around the underground subculture of African-American roller rinks and the struggle to keep them alive. The New York Times called United Skates a “passion project in the best sense of the word, a movie in which the ingenuity and dedication of the filmmakers illuminate the same qualities in their subjects.” 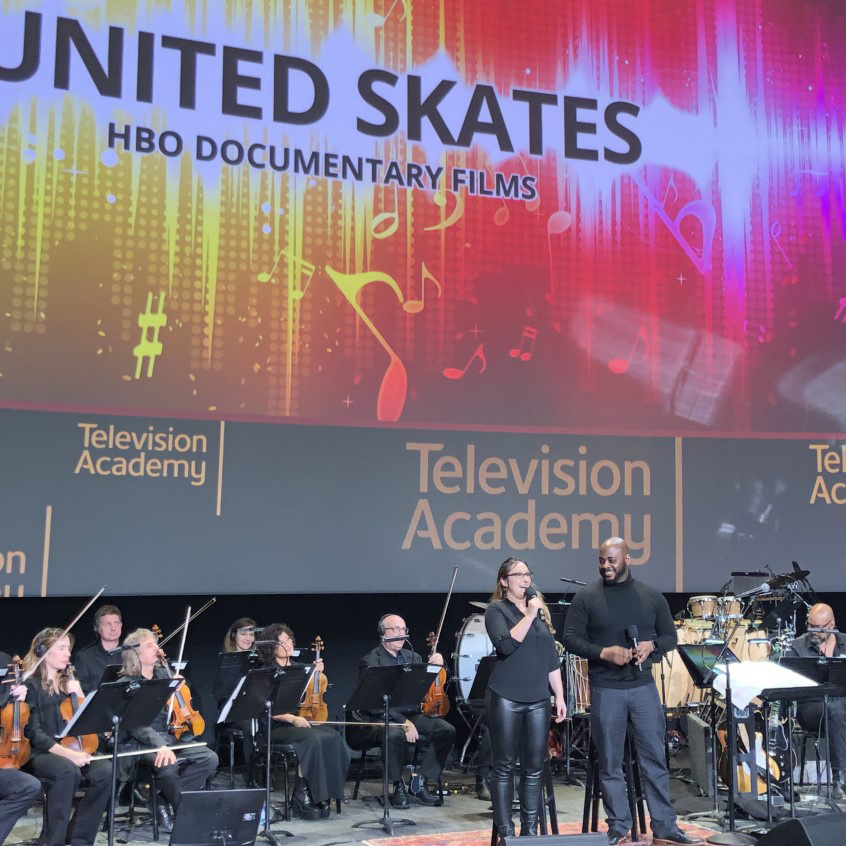 Jongnic Bontemps (right) on stage at the TV Academy.