Julia Adolphe is Musical America’s New Artist of the Month

Composer Julia Adolphe (MM ’12, composition), a USC Thornton doctoral candidate, is Musical America’s New Artist of the Month for December. In a profile on the organization’s website, Adolphe cited the gender diversity of Thornton’s Composition program as one of the reasons she chose to study at USC. “I didn’t see that anywhere else,” she said.

Last year, Adolphe premiered a viola concerto, Unearth, Release, commissioned by the New York Philharmonic and composed especially for violist and Thornton alumna Cynthia Phelps (’78). In recent months, she has premiered new works with the May Festival Chorus of Cincinnati and the Los Angeles Chamber Orchestra. Adolphe is currently at work composing an opera – her second – based on the Jules Feiffer children’s book, A Barrel of Laughs, A Vale of Tears.

“I grew up loving music and loving theater,” she said. “Ultimately, I realized that I have a passion for storytelling with music, particularly through the voice. So, writing for choir and writing opera is a dream come true for me.”

Adolphe will premiere a new orchestral commission with the Los Angeles Philharmonic in 2018-19, as part of the ensemble’s centennial celebrations. 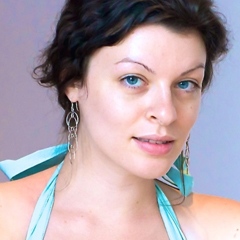