Currently in its third season, Kaleidoscope is a conductorless music collective founded by Thornton student Benjamin Mitchell (GCRT candidate, arts leadership) and alumnus Michael Kaufman (DMA ’14, MM ’12, cello). Each of the ensemble’s programs features a combination of traditional repertoire and contemporary music, includes a pre-concert talk with musicians and composers, and has an innovative ‘pay what you can’ ticket pricing structure.

The ensemble’s 2016-17 season launched on Sep. 16 with a late-night concert and party at Los Angeles Union Station. The next program, which will include Saad Haddad’s Takht and Veil of Leaves by Julia Adolphe, takes place October 7 & 9. 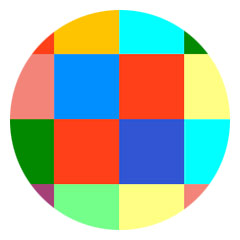