USC Thornton Choral and Sacred Music alumna Kate Belshé (MM, ’13) was appointed conductor of the Jerusalem Oratorio Chamber Choir in Israel. The choir sings a varied repertoire of classical liturgical and secular music from the Renaissance to the present, including Israeli and Jewish music and arrangements of songs from around the world. The choir performs regularly in churches and concert spaces around Israel, and has performed programs in France, Italy, Spain, Germany, the United States, and Switzerland. Belshé will conduct roughly 120 musicians in her new position. 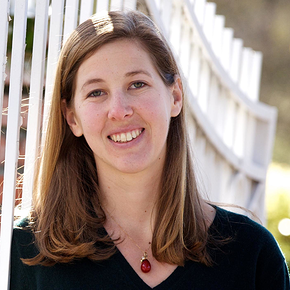 Kate Belshé (MM, '13) will conduct roughly 120 musicians in her new position as conductor of the Jerusalem Oratorio Chamber Choir in Israel.