The Zurich Chamber Singers recently performed “De Profundis” by USC Thornton Composition alumnus Kevin Hartnett (BM ’13), in several performances throughout Switzerland. The work was commissioned by the ensemble and premiered in 2016 and was also recorded as part of their debut album, to be released by ARS Produktion in 2018.

Hartnett currently serves as a Postgraduate Fellow and composer-in-residence at Renaissance Arts Academy in Los Angeles. 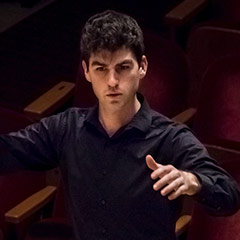