The band released its debut album in 2014 and recently performed at the SXSW Music Festival in Austin. Their first singles, “In My Fire” and “I Can Take It” received airplay on radio stations across the United States. 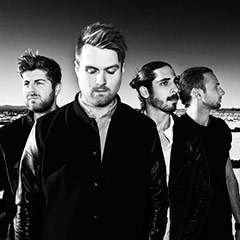