Laura Karpman, a faculty member in the Screen Scoring program, won in the category of Outstanding Music Composition for a Documentary Series or Special (Original Dramatic Score) for Why We Hate on the Discovery Channel. Her winning composition was featured in the episode, “Tools & Tactics.”

Thornton alum Ludwig Göransson, who graduated from the Screen Scoring program in 2008, won in the category of Outstanding Music Composition for a Series (Original Dramatic Score) for his work on The Mandalorian on Disney+. Göransson’s winning composition was featured in the episode, “Chapter 8: Redemption.” This is Göransson’s first Emmy Award. 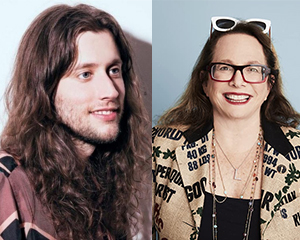