Leland Sun (BM ’86, MM ’91) will perform in a retrospective of works by fellow USC Thornton alumnus Ren-Liang Wong (MM, ’83) at the Tianjin Conservatory of Music in Tianjin, China on November 12. This concert will feature works written following the composer’s immigration to the United States including Six Sketches (1983), which Sun premiered at USC, a piano transcription by Sun of Wong’s Tone Poem (1991), and two works for string quartet to be performed by the Tianjin Conservatory’s resident quartet. 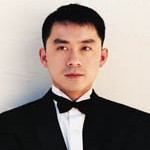