The quartet, which has played to sold-out houses world-wide, has been praised for their interpretations of both traditional and contemporary guitar works. New Renaissance is available on iTunes, Amazon, and HDTracks. 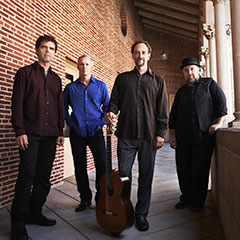