All of the songs on the album were recorded at the USC Brain and Creativity Institute. Lead single “Hidden Realm of Light” was written by USC Thornton alumnus Andrew York (MM ’86).

“Seen through the colorful lens of the guitar, the pieces on Opalescent reflect the composers’ unique visions of sound, saturated with light. We hope their music gives you as much solace and joy as it has given us,” said William Kanengiser. 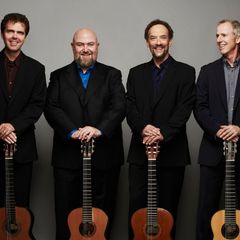