USC Thornton Professor of Practice in Classical Performance and Composition, Lucinda Carver, was the featured guest conductor at the Sierra Summer Festival in Mammoth Lakes, California this past August. Carver, who has been the Music Director and Conductor of the Los Angeles Mozart Orchestra for 11 years, has been praised for her stylistic interpretations of music from the Classical era by The New York Times, the Los Angeles Times, and several other esteemed publications. The Sierra Summer Festival began in 1978 and has made it an annual goal to feature the most experienced and highly acclaimed musicians as a part of their effort to “strengthen the performing arts movement and vibrant arts community.” 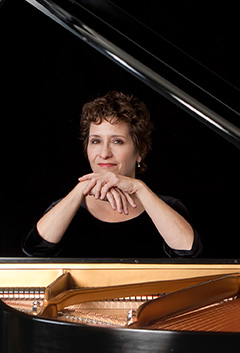