Popular Music alum Malia Civetz (BM ‘16) released her debut EP The Flip on Oct. 16 with Warner Records. The album was praised for its “powerhouse vocal delivery, sharp songwriting, and a thoughtful overarching message” by ChicagoNow, highlighting singles like “Broke Boy,” which Civetz premiered earlier this year.

“When I make music, I think of a concept, and from my own perspective, it’s generally a flip of whatever that concept is,” said Civetz to Billboard. “It kind of came together as we were writing the songs, and I was driving one day, and I was thinking of how all of the songs could interweave, and that title just popped into my head.” 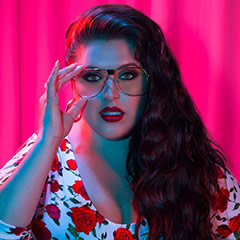