Studio Guitar alum Matt Cohen (BM ’14) co-wrote and produced the song “Fight For Me,” by GAWVI that recently won the 2019 Dove Award for Rap/Hip Hop Song of the Year. Cohen was also a producer on GAWVI’s album “Panorama,” which was nominated for Rap/Hip Hop Album of the Year.

The GMA Dove Awards are an annual award celebration honoring the best in gospel music. Cohen earned his Bachelor of Music in Studio Guitar from USC Thornton in 2014, and has since worked as a musician, composer and producer in Los Angeles. 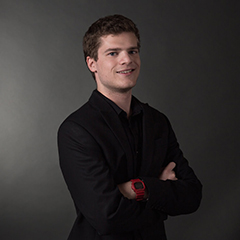