Daley has previously performed around the world at some of the most prestigious venues including Perelman Stage at Carnegie Hall, The Kennedy Center Millennium Stage, The Kennedy Center Concert Hall and the White House for President Obama and First Lady Michelle Obama. 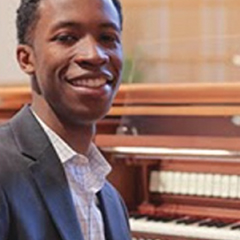