In an interview about the score, McCreary said: “I was really excited at the possibility of exploring familiar sounds that we associate with the Peter Jackson films and Howard Shore’s writing. I did not want to unpleasantly surprise anybody. I thought ethereal light vocals for the elves, and deep male vocals for the dwarves, and a subtly Celtic influence for the Harfoots who would become our hobbits. So those were givens. It was really interesting to work with colors that are new though, in particular Númenor, where there really wasn’t a sound or even associated with Númenor. By using these sounds, I created something that is new to Tolkien fans.”

McCreary is an award-winning film, TV and video game composer most known for composing the music for the film “Godzilla,” historical drama “Outlander” and television series including “The Walking Dead” and “Battlestar Galactica.” 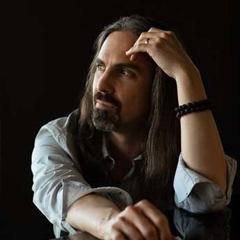