USC Thornton Composition alumnus Michael Abels (BM ‘84) was interviewed in Variety about composers of color in the film industry by Thornton faculty member and music writer Jon Burlingame. Abels, one of the co-founders of the Composers Diversity Collective, spoke about the changes he has seen in Hollywood over the past years as race and diversity have come to the forefront of conversations.

“There’s been a breakthrough over the past three years. [And following that was] Hollywood’s deliberate attempts to put people on notice that inclusion matters,” Abels said. “People in the majority finally got that systemic racism is a thing; they saw evidence of it. We’re seeing the results of those things together.”

Abels is an award-winning composer known for his work on the scores of “Get Out” and “Us”, and has most recently been responsible for scoring “Bad Education”, “Fake Famous”, “Allen v. Farrow”, “Bridgerton” and “Mrs. America.” 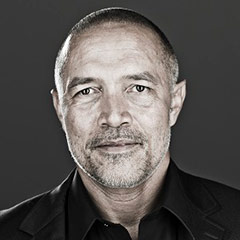