Miller has recorded and toured with artists such as Jason Mraz and The Black Eyed Peas and has performed at The Hollywood Bowl, Telluride Music Festival and Planeta Atlantida. In addition to heading her own trio which is regularly featured on NPR, she is also the Chair of the Guitar Department at Los Angeles College of Music. 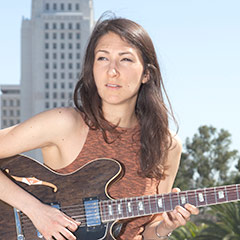