The music of Morten Johannes Lauridsen — composer-in-residence of the Los Angeles Master Chorale from 1995–2001, professor of composition at the USC Thornton School of Music for more than fifty years and recipient of the 2007 National Medal of Arts and the 2016 ASCAP Foundation Life In Music Award — occupies a permanent place in the standard vocal repertoire of the 21st century.

In speaking of Lauridsen’s sacred works in his book Choral Music in the Twentieth Century, musicologist and conductor Nick Strimple describes Lauridsen as “the only American composer in history who can be called a mystic, (whose) probing, serene work contains an elusive and indefinable ingredient which leaves the impression that all the questions have been answered… From 1993, Lauridsen’s music rapidly increased in international popularity, and by century’s end, he had eclipsed Randall Thompson as the most frequently performed American choral composer.”

His works have been recorded on more than 200 CDs, five of which have received GRAMMY nominations, including O Magnum Mysterium by the Tiffany Consort, A Company of Voices by Conspirare, Sound The Bells by The Bay Brass and two all-Lauridsen discs: Lux Aeterna by the Los Angeles Master Chorale led by Paul Salamunovich and Polyphony with the Britten Sinfonia conducted by Stephen Layton. His principal publishers are Peermusic (New York/Hamburg) and Faber Music (London).

A recipient of numerous grants, prizes and commissions, Lauridsen chaired the USC Thornton School of Music Composition program from 1990–2002 and founded the school’s advanced studies program in film scoring. At USC, he has received the Associates Award for Artistic Expression, the Phi Kappa Phi Creative Writing Prize and Lifetime Achievement Award, the Thornton School of Music Outstanding Alumnus Award, the Ramo Award, the Association of Trojan Leagues Outstanding Service Award, the Lambda Delta Citation for Teaching Excellence and dean’s awards for professional achievement, teaching and service. He has held residencies as guest composer/lecturer at more than 100 universities and has received honorary doctorates from Whitman College, Oklahoma State University, Muhlenberg College, Westminster Choir College and the University of Aberdeen King’s College in Scotland.

A native of the Pacific Northwest, he worked as a forest service firefighter and lookout (on an isolated tower near Mt. St. Helens) before traveling south to study composition with Halsey Stevens, Ingolf Dahl, Robert Linn and Harold Owen. His life as a composer has been documented in Michael Stillwater’s award-winning film, Shining Night: A Portrait of Composer Morten Lauridsen. Lauridsen now divides his time between Los Angeles and his summer cabin on a remote island off the northern coast of Washington.

In 2006, Lauridsen was named an American Choral Master by the National Endowment for the Arts. In 2007, he received the National Medal of Arts from the president in a White House ceremony “for his composition of radiant choral works combining musical beauty, power and spiritual depth that have thrilled audiences worldwide.” The National Medal of Arts is the highest award given to artists and arts patrons by the United States government. Since 2014, Lauridsen has been the honorary artistic president of INTERKULTUR/World Choir Games, traveling the world for international choral festivals. In 2016, Lauridsen was the recipient of the ASCAP Foundation Life In Music Award.

Further information regarding Lauridsen may be found at http://mortenlauridsen.net and http://peermusicclassical.com. 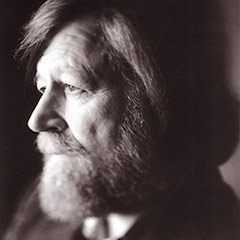