2015 was a banner year for the Los Angeles-based trio. MUNA was named a “Band to Watch” by Stereogum and BuzzFeed Music put the group at #12 on its list of “16 Musicians to Add to Your New Year’s Playlist.” 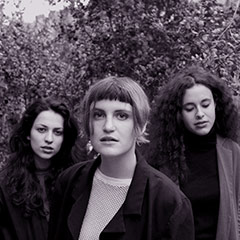