Girl Band follows four female friends and bandmates as they travel to Los Angeles in search of musical success. The short film is one of 72 being presented in competition at the festival and its creators hope to spin the film into a television series. 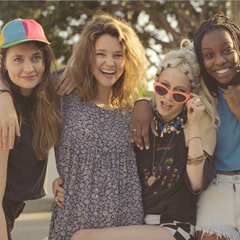