USC Thornton DMA candidate Nathan Fryml has been appointed Director of Choral Activities at Amarillo College in Texas, where he will conduct three choirs and teach theory at the college. 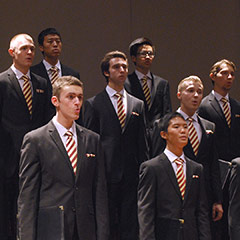