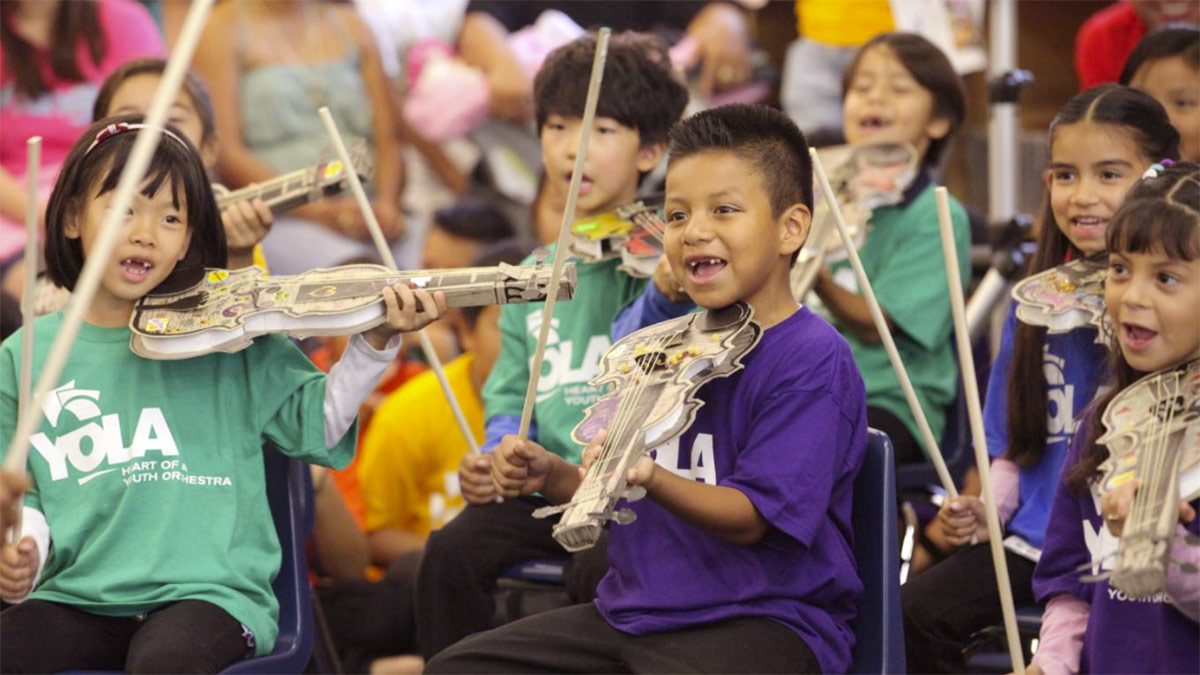 While musicians have long appreciated the cognitive benefits of learning and performing music, new research by USC’s Brain and Creativity Institute is helping to demonstrate that musical training during childhood can lead to markedly accelerated brain development.

The preliminary results of a five-year study, conducted by the USC Brain and Creativity Institute (BCI), the Los Angeles Philharmonic, and its partner organization, the Youth Orchestra Los Angeles (YOLA), have been published in the Developmental Cognitive Neuroscience journal, showing that the participating music students experienced distinctly improved sound-processing abilities and a faster overall maturation of the brain.

One of several collaborators in the study is Beatriz Illari, a researcher and faculty member of the USC Thornton Music Teaching & Learning program and author of numerous articles on the social and cognitive benefits of music education. Illari and her BCI colleagues examined the brain development of children ages 6-7 who participate in regular, structured musical training and found that learning and playing music boosts neuroplasticity – the ability of the brain to respond to its environment.

“The auditory system is stimulated by music,” said the study’s lead author, Assal Habibi, a senior BCI research associate. “This system is also engaged in general sound processing that is fundamental to language development, reading skills and successful communication.” 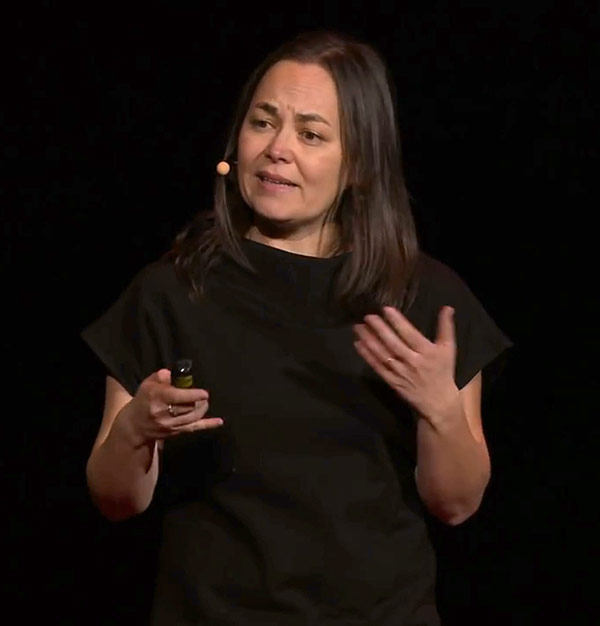 Beatriz Illari delivering a TEDxYOUTH talk on “Music & the Young Brain” in 2013.

The ongoing study focuses on grade-school children in the underprivileged Rampart District, just West of downtown Los Angeles. Some of the children participate in the YOLA at HOLA (Heart of Los Angeles) youth orchestra program, while control groups take part in a local soccer group or have no extra-curricular training.

“This is a real treat for a musical development scholar like me,” said Illari, who works directly with the participants to collect and analyze data. She has been involved in the design of the study and recruitment of its participants since 2011, along with a handful of Thornton graduate and undergraduate assistants.

“I have really prized the opportunity to interact with participating families. Over the years, I have learned much about their lives and have been able to observe their children as they grow up.”

While the preliminary findings of the longitudinal study are promising, three years of research remain. Next month, Illari and her colleagues will present a paper in San Francisco on the development of improvisational skills among the study’s young musicians.

The researchers hope that the study will not only lead to a better understanding of the neurological benefits of musical training, but further insights into the social and psychological merits of music education for children in under-served communities.

“This has been an invaluable experience,” Illari said.