O’Malley’s piece will be performed May 24 in a program including works by Florence Price and Gustav Mahler.

O’Malley’s compositions have earned him various other awards. He was recently awarded a 2019 Copland House Residency Award, earning him a weeks-long residency at the historic home of composer Aaron Copland which now fosters residencies for composers, and where he was previously a CULTIVATE Emerging Composer Fellow in 2017. 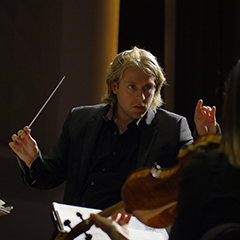