USC Thornton Popular Music alumna Rozzi Crane will perform at Hotel Cafe’s Second Stage in Los Angeles as part of a spring residency. Crane, who was part of the Popular Music program’s inaugural class, is scheduled to perform February 2, March 2, April 6, and May 4.

Best known for her single Psycho, which she performed on NBC’s The Voice in 2015, Crane was the first artist to sign to Adam Levine’s 222 Records. She has since released two EPs and performed with the likes of Kendrick Lamar and Maroon 5. 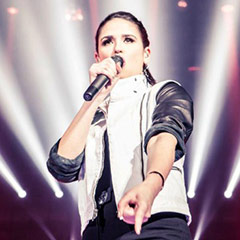