Katie Stump, a senior in the USC Thornton Popular Music program, has released a new album, “Feels Like Home.” The Daily Trojan notes that the EP originated with a chance meeting in an airport, followed by more than a year of writing and recording in collaboration with producer Mikal Blue.

Stump’s style has matured to incorporate influences from folk, pop, and country, resulting in what Stump has described as “a lot more truth in this record.” “Feels Like Home” was initially released on Sept. 18 and the composer and album were recently featured on KCAL 9 and E! News. 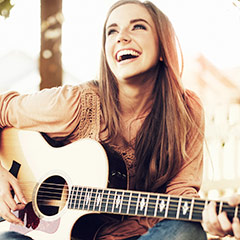