Robert Cutietta stepped down as dean of the USC Thornton School of Music and the Glorya Kaufman School of Dance at the end of the 2022 academic year. He will remain in the school as a faculty member.

He was dean of USC Thornton for 20 years, during which time he oversaw significant expansions in the school’s programs, physical space and endowment while building on its stellar reputation and quality of education.

Dr. Cutietta worked to expand the definition of what could and should be taught in a music school. Under his leadership, USC Thornton introduced innovative new degrees in music education, arts journalism, visual and performing arts studies, choral music and vocal jazz, as well as groundbreaking programs in music production, songwriting and popular music performance. In the fall of 2014, a graduate degree in arts leadership was introduced, further positioning USC Thornton as an innovator in music instruction. In 2018, USC Thornton became one of the first American music schools to offer undergraduate-level, semester-long study abroad programs, further bolstering the school’s international focus.

In 2011, Dr. Cutietta was asked to both create the USC Glorya Kaufman School of Dance – the first new school at USC in 41 years – and serve as its dean. He oversaw the hiring of the entire faculty and staff of the new school, as well as the construction of the 59,000-square-foot Kaufman International Dance Center. The school opened in fall of 2014.

10 years into Cutietta’s deanship, USC Thornton had its own physical transformation, moving into a combination of new and newly renovated spaces, which constituted a 40% increase in physical size. A brand-new practice room facility, an orchestral rehearsal hall, an amplified rehearsal hall and a songwriters’ theater were added to totally renovated homes for jazz, studio/jazz guitar, student services, film scoring and technology.

During his tenure, the Thornton School’s endowment saw a dramatic increase with the addition of five new endowed faculty chairs and one professorship, tens of millions of dollars in new scholarships and funding for new endeavors such as a student touring fund and a travel fund for student finalists in national and international competitions. He was especially effective in supplementing the already illustrious faculty with new, world-class artist-teachers such as Midori, Bob Mintzer, Glenn Dicterow, Ralph Kirshbaum, Patrice Rushen, Peter Webster, Lamont Dozier, Camae Ayewa and Young Guru. He is especially proud of hiring the poet laureate of California, Dana Gioia, to the Thornton faculty – a first for a music school.

Beginning in 2006, he co-hosted “Ask the Dean,” a popular, weekly radio segment on Classical KUSC, the largest classical music station in the nation, where he answered listener questions on all things musical and tapped the USC Thornton faculty for their expertise in devising the replies. Dr. Cutietta turned the popular, weekly series, which ran for a decade, into a book. Who Knew? Answers To Questions About Classical Music You Never Thought To Ask was published by Oxford University Press in 2016. In 2013, he published with Oxford University Press the work Raising Musical Kids: A Parent’s Guide.

He is author or co-author of four books and has contributed chapters to several others including The Handbook of Research on the Teaching and Learning of Music. He has served on the editorial boards of the Journal of Research in Music Education and Contributions to Music Education.

While dean, he wrote and performed all of the music for the Emmy-nominated television series Lost Legends of the West and searched archives across the United States to reconstruct eight songs from the early twentieth century for the documentary Welcome Back Riders.

He is a founding member of Montana Public Broadcasting and sat, or is sitting, on the boards of the Advisory Board of Classical KUSC Radio in Los Angeles, The Fisher Museum of Art, The Orange County School of the Arts, The Maestro Foundation and the GRAMMY Blue Ribbon Adjudication Committee. He was named the 2001 Alumni of the Year from the College of Arts and Architecture at Penn State University. In 2007, he received the Amicus Poloniae Award from the Government of the Republic of Poland for outstanding contributions to the arts. Cleveland State University named him its 2008 Alumni of the Year from the College of Arts and Letters. In 2018, Penn State University awarded him the title of alumni fellow, the highest award given by the PSU Alumni Association. He was awarded USC’s Presidential Medallion (again, the highest award given) in 2022 for advancing the university’s values in the arts.

Prior to his appointment as dean, Dr. Cutietta had a successful career as a musician and researcher. A bass guitar player since he was a pre-teen, he has performed and composed music for television and movies. Before coming to USC, he was director of the School of Music and Dance at the University of Arizona and held faculty positions at Kent State and Montana State universities.

After stepping down as dean of the music and dance schools, Dr. Cutietta will be on a two-year sabbatical. He plans to do research in Europe on changes in music education in response to the pandemic, consult for an international organization that does evaluations and accreditations of music schools all over the world, write a guide for those interested in arts leadership and play more music. He then will return to the faculty of the Thornton School. 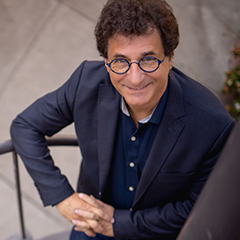