Ron McCurdy inducted into University of Kansas Hall of Achievement

USC Thornton assistant dean of diversity, equity and inclusion and professor of jazz studies Ron McCurdy was inducted into the University of Kansas Nicholas Gerran, Sr. Hall of Achievement on Oct. 29. As part of the 50th anniversary of KU’s jazz program that featured performances by students and alumni, McCurdy was one of the four honorees celebrated. The Gerran Hall of Achievement honors the life and career of alumni, faculty and staff from the KU School of Music who made a positive impact in the field of music. McCurdy, who received his masters and doctoral degree from University of Kansas, has been previously appointed as the first director of the jazz studies program and served for seven years. He was also named the 2001 Distinguished Alumni by the university. 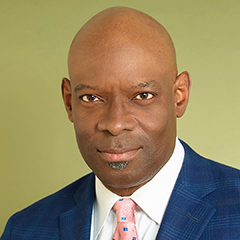