USC Thornton Popular Music alumna Rozzi Crane recently performed on Jimmy Kimmel Live with her new single, “Never Over You.” The song will be featured on her new album, to be released by Columbia later this year.

Rozzi, as she is known professionally, has previously performed alongside Kendrick Lamar and Maroon 5 and became the first artist to record under Adam Levine’s label. 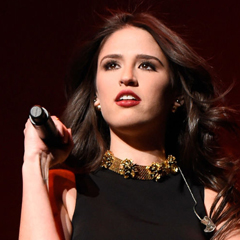