The San Juan Journal covered the appearance of Shining Night: A Portrait of Composer Morten Lauridsen at the Inaugural Friday Harbor Film Festival. Directed by Michael Stillwater, the documentary details the life and career of composition faculty Morten Lauridsen. The film was awarded the Audience Choice Award, and, Stillwater hopes, introduced Lauridsen’s treasured music to a wider audience. The documentary was one of 25 presented at the festival, which focused on the theme of the Pacific Rim. 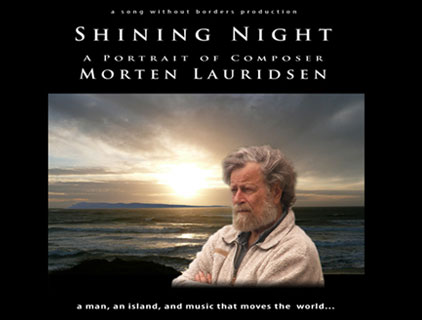