Jacques Brautbar (BA ’15), currently a graduate student of the USC Thornton Scoring for Motion Pictures and Television (SMPTV) program, has been awarded the Betty Rose Scholarship in Film Scoring from the American Society of Composers, Authors and Publishers (ASCAP). This scholarship is awarded annually to a selected student in the ASCAP Foundation Composer-in-Residence Program at USC Thornton, in which students are mentored by prominent members of the Los Angeles film scoring community. The scholarship award also qualifies Brautbar for membership with ASCAP.

Brautbar’s scoring work has been featured on television, radio and in film, in collaboration with artists such as Phantomplanet, Jimmy Harry, Adam Schlesinger and John Farrar, as well as producers Mitchell Froom, David Fridmann and Peter Asher. 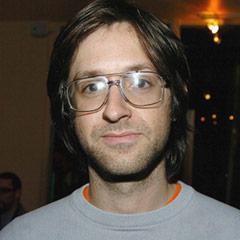