Hill is an alumna of the Los Angeles Opera’s Resident Artist program and has recently performed with the Philadelphia Orchestra, Dayton Opera, the Pasadena Symphony, and the North Carolina Symphony. Her performance on the Seattle Symphony’s recording of Bright Sheng’s The Phoenix was recently released by the Naxos label. 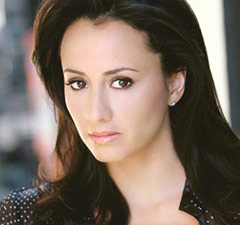