Tarisio Fine Instruments & Bows recently published a digital exhibition of the cello’s historical development in anticipation of the Piatigorsky International Cello Festival. Now, they have released a series profiling the instruments used by Festival artists, including artistic director Ralph Kirshbaum. He has played a 1729 cello made by Domenico Montagnana of Venice since 1971 and can trace its ownership back to the Curtis Institute in the 1930’s. 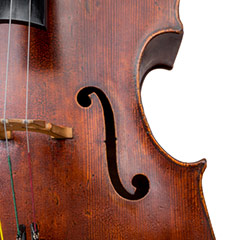