“One act of love, I know for sure, is listening,” said homeless singer Brian Palmer in The New Yorker magazine’s recent profile of the groundbreaking Street Symphony, which brings Handel’s “Messiah” to the Midnight Mission in Los Angeles’ Skid Row each holiday season.

The article, by Alex Ross, explores the extraordinary outreach work of the nonprofit organization, led by Los Angeles Philharmonic violinist Vijay Gupta, which brings classical music and musical education into the lives of people struggling with homelessness, mental illness, and addiction. Early in his career with the Philharmonic, Gupta befriended homeless musician Nathaniel Ayers, whose story became the subject of The Soloist (2008) by Los Angeles Times writer Steve Lopez, and a film of the same title. His friendship with Ayers inspired Gupta to begin performing in prisons, hospices, and homeless shelters – and today, the annual “Messiah” is just one of the Street Symphony’s many projects.

“When we get back to the Phil, we’re different, better musicians,” Gupta said of his experiences making music with Skid Row residents.

In the article, Ross noted that the Street Symphony’s impassioned “Messiah” at the Midnight Mission hewed closer to the original roots of the piece than many contemporary concert performances, but acknowledged that visiting Skid Row can elicit complex emotions. “We get to leave,” Gupta said. “That’s the source of our shame. The only way to deal with it is to go back.” 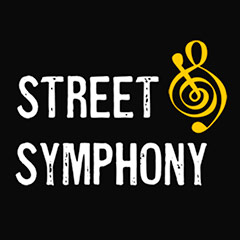